Fights between the most powerful superheroes 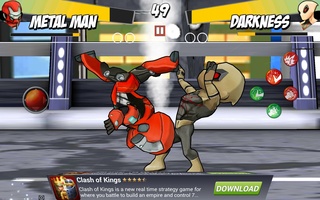 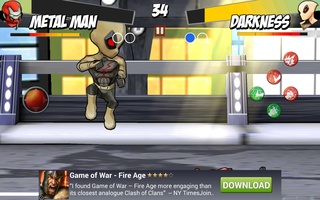 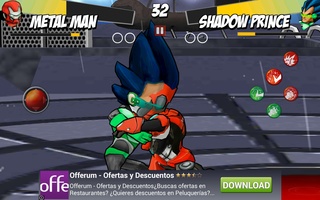 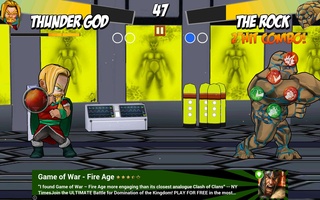 Advertisement
Super Hero Fighter is a 2D fighting game where you can play some of the most powerful superheroes in the universe. We're talking about names as well-known as Son Goku, Carnage, Vegeta, Iron-Man, the Incredible Hulk, and Thor. Or rather, they're not EXACTLY those characters, but close enough.

The controls are standard for this type of game: on the left, you can use the virtual joystick to move your character, and on the right, the buttons to attack. The main problem is that the array of attack buttons are very small, making it very difficult to do any special attacks. Even the virtual joystick is too small to move your character how you want.

Another major problem is that you can choose a character in the beginning of Super Hero Fighter, but after that, you're probably stuck with him. It's possible to unlock other characters, but it's too difficult and actually feels impossible. It's hard to unlock even one other character.

Super Hero Fighter has good graphics, but unfortunately it has some big drawbacks. The controls are bad, there aren't different difficulty levels, and it's too expensive to unlock other characters.
Reviewed by Andrés López Translated by Taryn

There are opinions about Super Hero Fighter yet. Be the first! Comment

Marvel Puzzle Quest
The superheroes have taken over the ledgendary Puzzle Quest
Krrish 3: The Game
The official game of the Indian blockbuster
Injustice: Gods Among Us
DC superheroes in their most spectacular battle
Batman: Arkham Origins
Join Batman in his fight against crime
Spider-Man Unlimited
With great power comes great responsibility
Marvel Contest of Champions
The most epic battles in the universe
MARVEL Future Fight
The best superheroes in the universe united in one game
MARVEL Avengers Academy
Go back to school with the Avengers